We love Quebec City for a ski vacation – it’s the best of both worlds, amazing history and nearby ski hills. Staying at the 1893 Fairmont Château Frontenac is the best of Quebec, this fairytale like castle is perched above the St Lawrence, within the fortified old city, Vieux Quebec.

Le Chateau Frontenac is in the heart of the best sights of Quebec City, and just 30-minutes to skiing at Mont Sainte Anne and Stoneham, 40-minutes to Le Massif. This Fairmont Cateua Frontenac is among The Top Ski Hotels in Canada, even though it isn’t on moutanin, its magnificent!

Arriving in Quebec City, you can’t miss the dramatic copper spires of the landmark Frontenac castle along the icy St. Lawrence River. Its like Hogwarts from Happy Potter. The stone entry archway to the Château features the coat of arms belonging to the Count of Frontenac, the hotel’s namesake and Governor of France during the 17th century. This epic five star hotel towers over Quebec City’s historic citadel, within the stone ramparts of the largest remaining fort in North America. The remaining walls encircle a 3 mile perimeter of Vieux Quebec.

Inside the famous Chateaux hotel, a grand lobby leads to stone and mahogany corridors of beautiful boutiques and galleries. The Frontenac has many lovely lounges and restaurants, you never need to leave the confines of this historic castle, but you will want to, to explore and to ski.

Costumed bellmen assist you in finding your room within the maze of 18 floors and 611 rooms of every shape and size. Request a larger suite in one of the spectacular window lined circular turrets, and ask to be Fairmont Gold for special concierge level services.

Go ski at Mont Sainte Anne or Le Massif by day, just 30-40 minutes away, by car or the daily hotel shuttle, and return to this luxe castle for an evening in this elegant French city, with hundreds of great cafes, bars, boutiques and historic sights.

The Club Frontenac and Moment Spa is the modern aspect of Fairmont Le Château Frontenac, on the sixth floor historic hotel, perfect for an après ski Jacuzzi or massage.

Go during Winter Carnival in February to see how Quebecois celebrate winter, snow and their long cold season with ice sculptures, ice palaces and an ice hotel, icy canoe races on the river, monthly long outdoor concerts, parades and parties. Tres bien! Wait till you see the mascot Monsieur Bonhomme, who resemble the Michelin man, except for his jaunty red sash.

Yes, Quebec is a French speaking city, so enjoy the après ski, the joie de vivre, and l’aissez faire attitude in this proud historic city. The modern slopes nearby are your adrenaline action packed aspect of your vacation, staying at the luxury Frontenac Hotel is the icing on the proverbial cake. 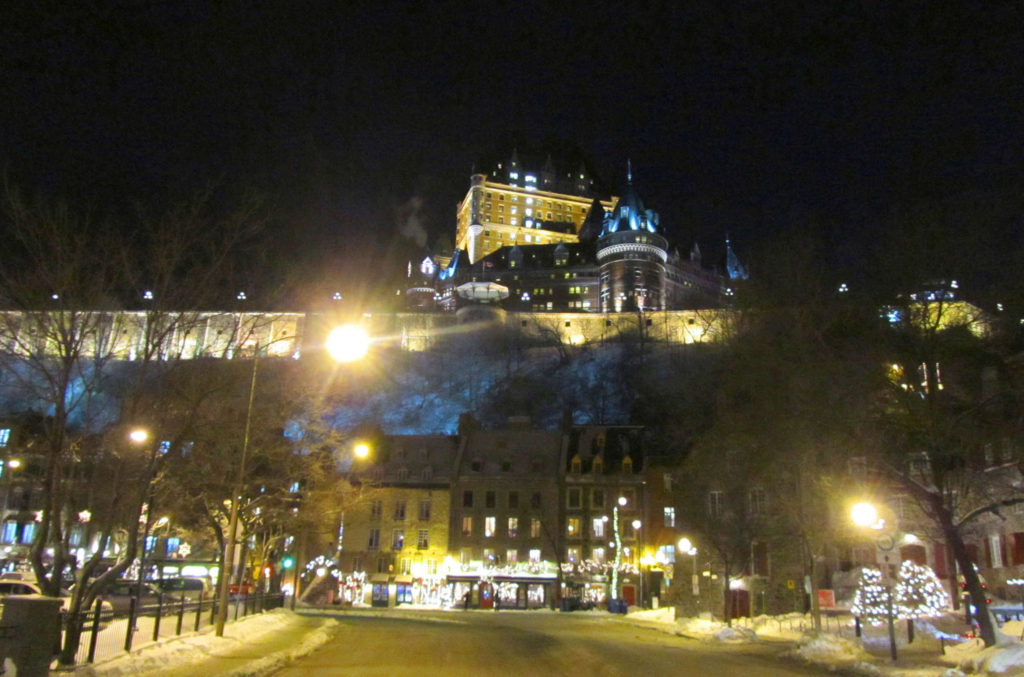 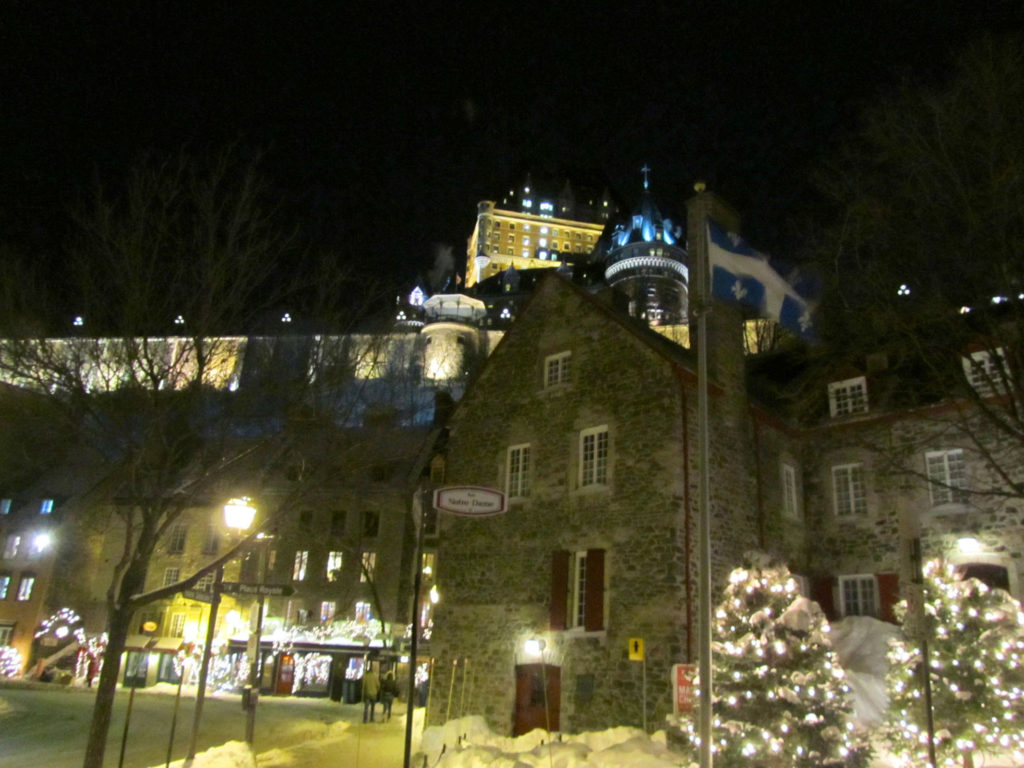 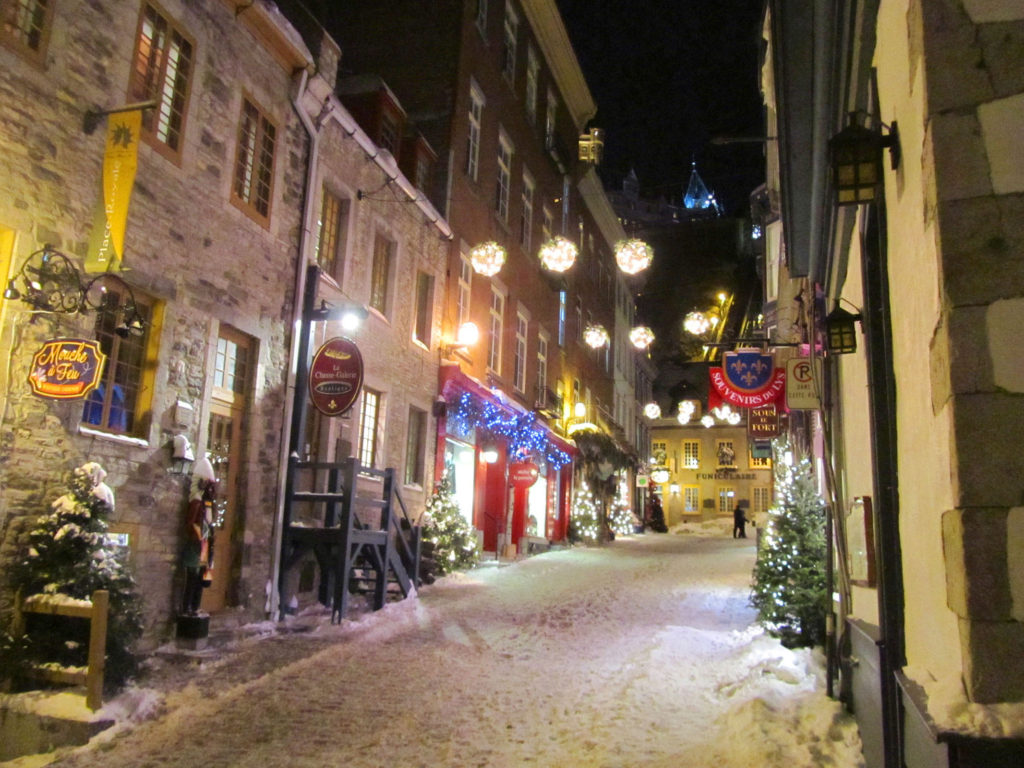 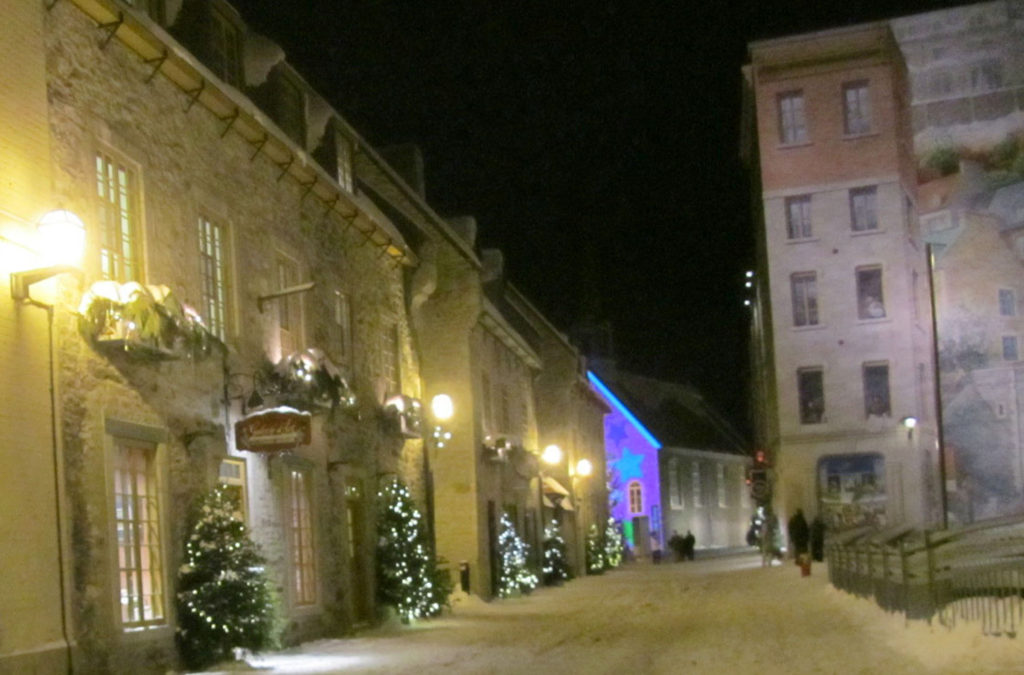 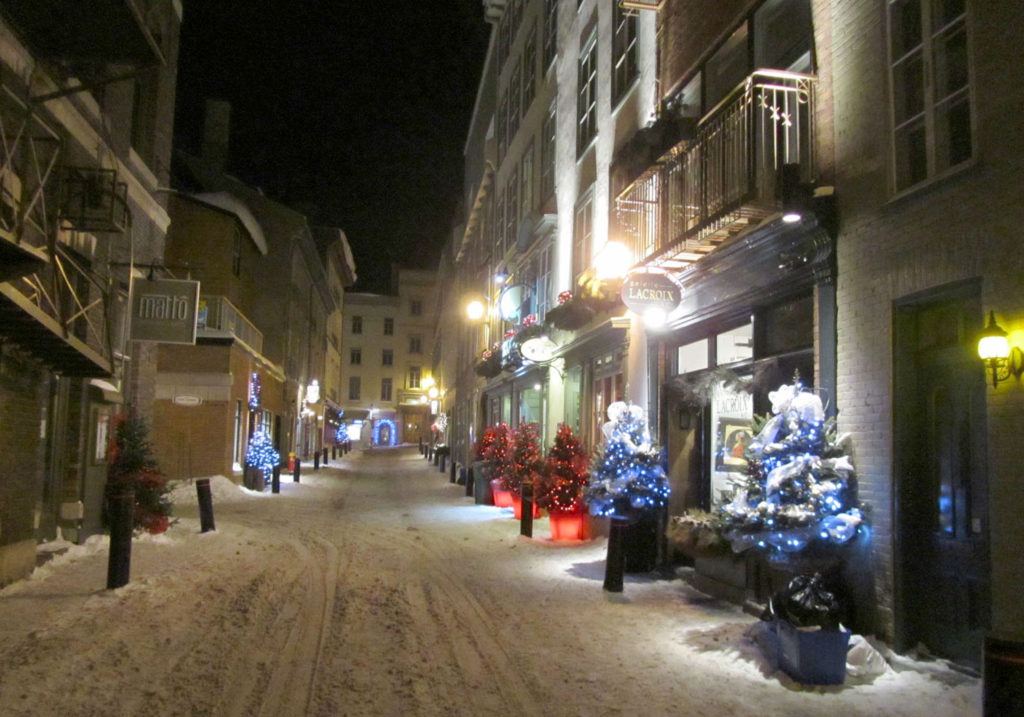 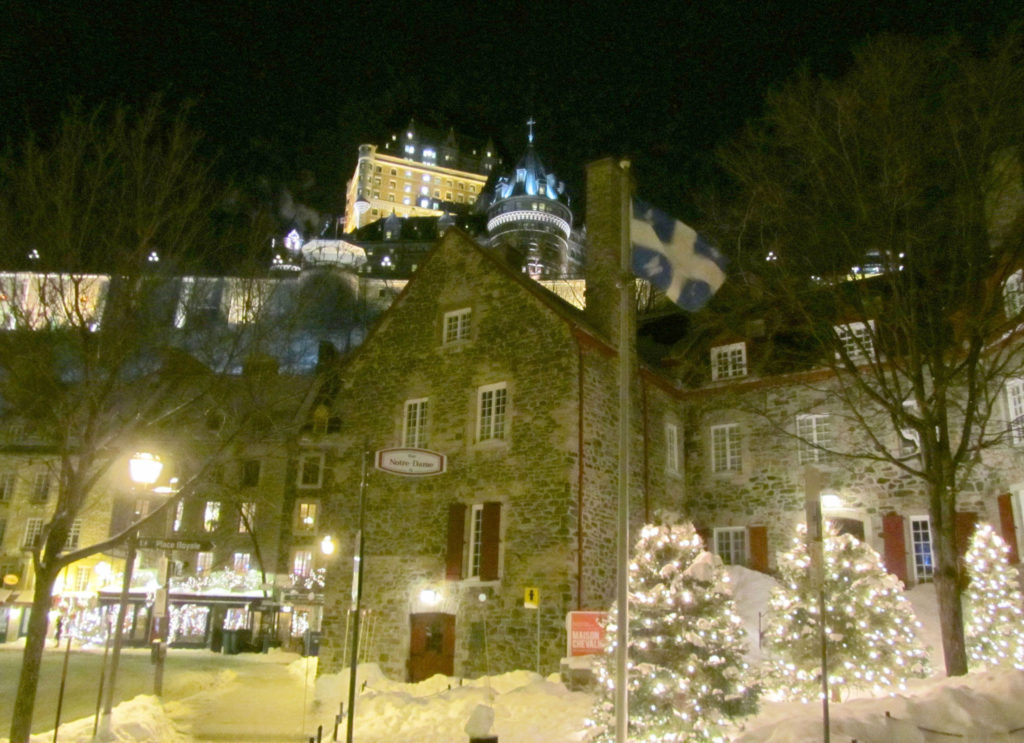 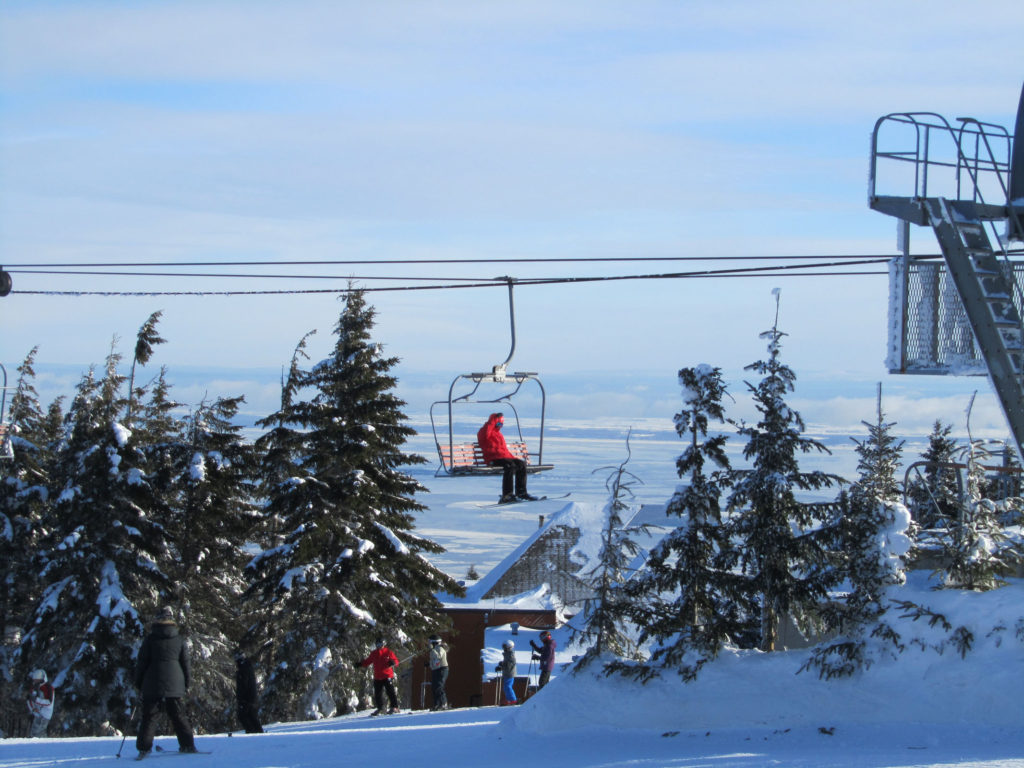 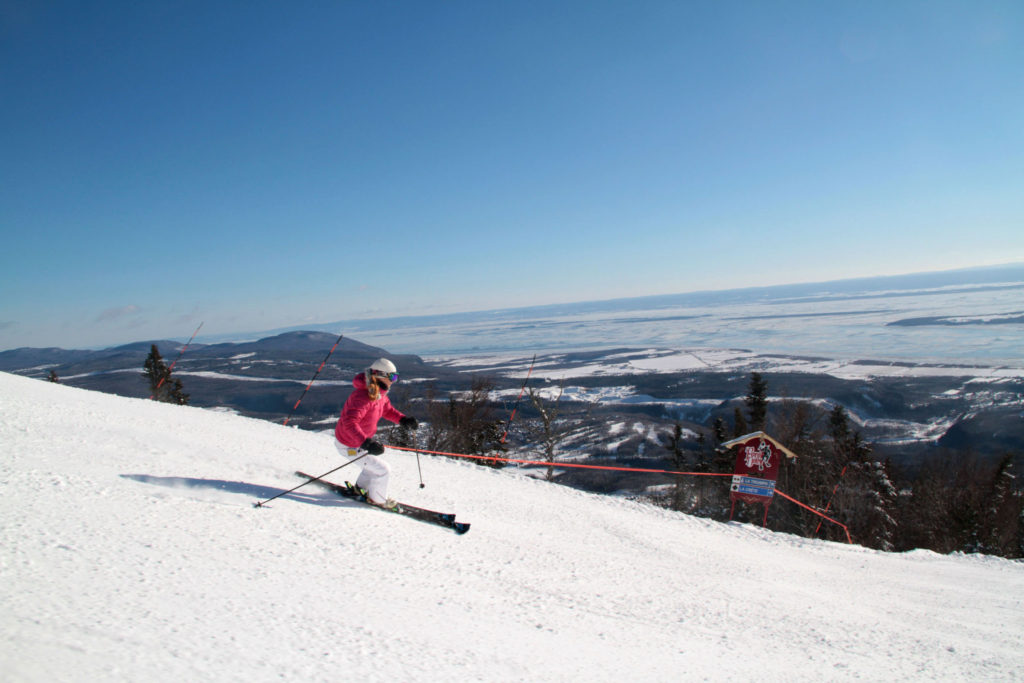 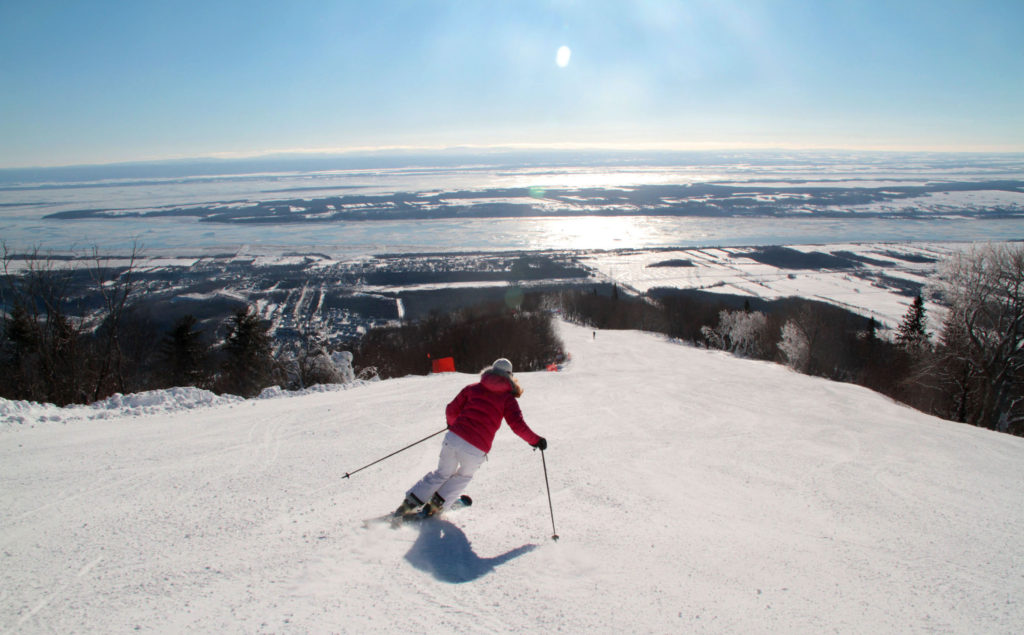 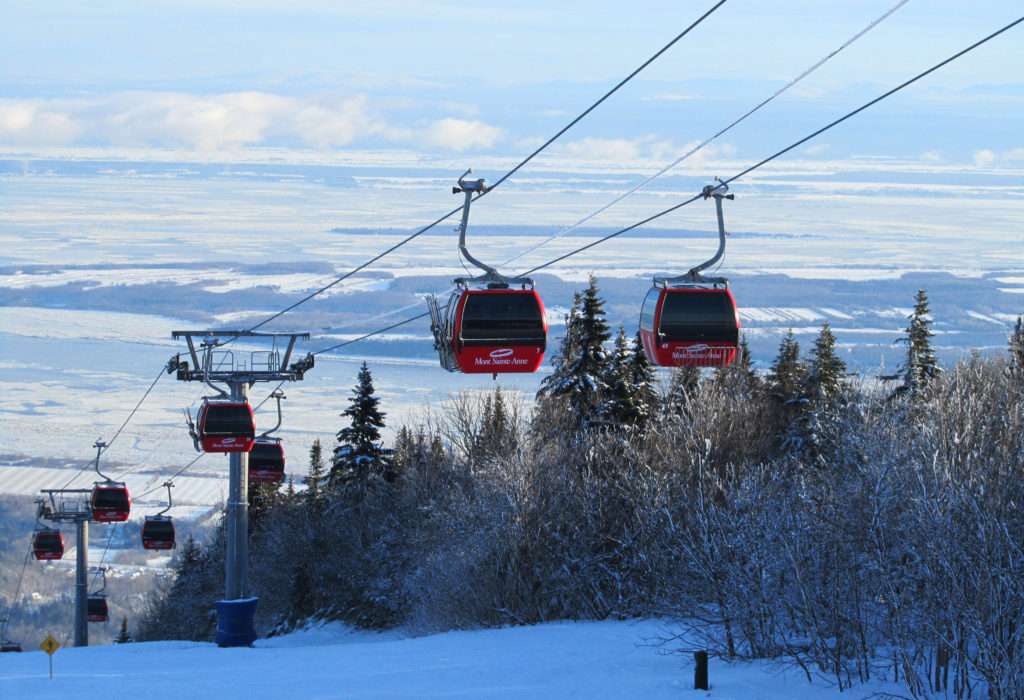 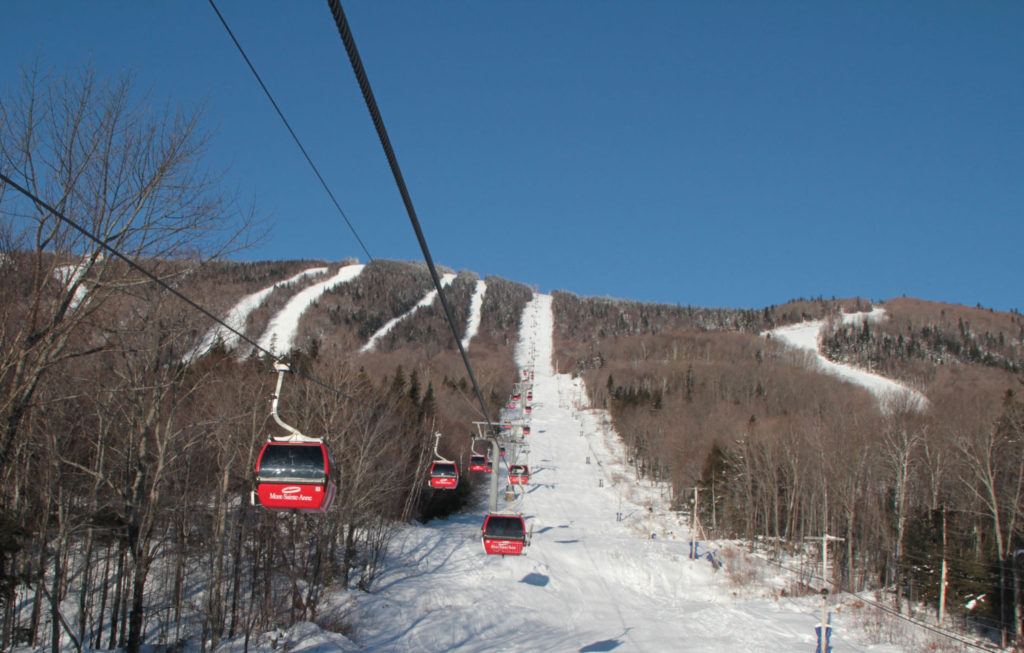 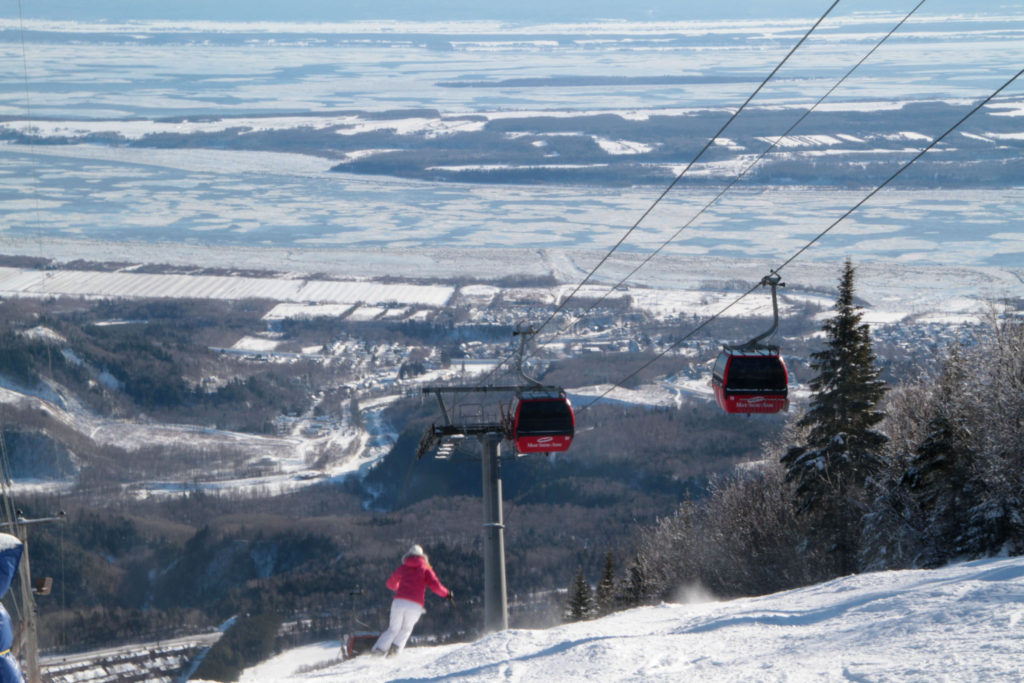 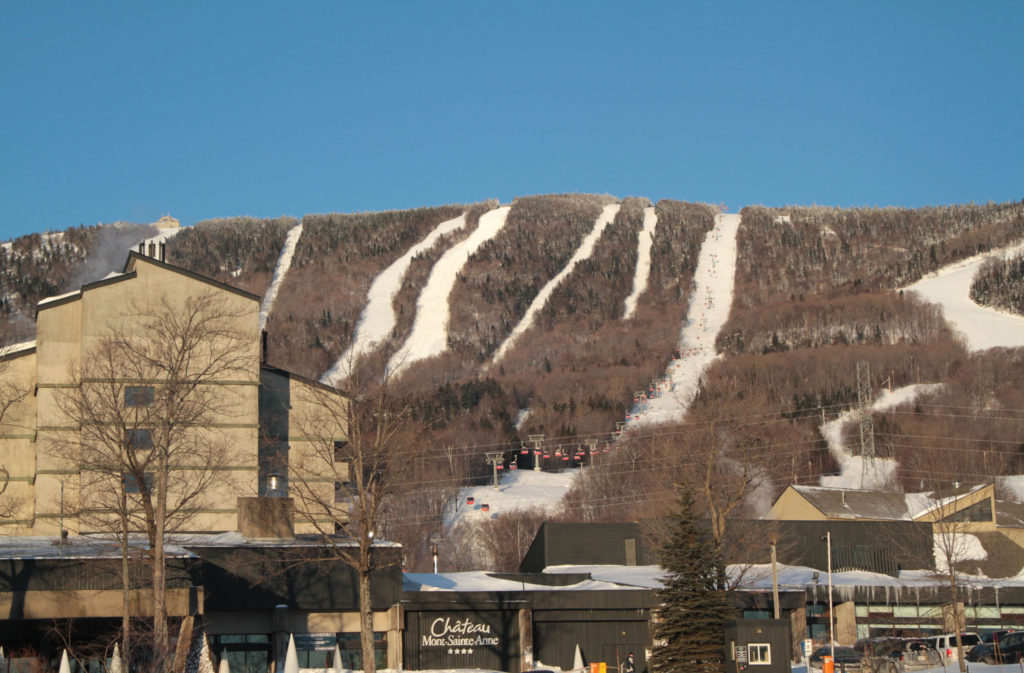